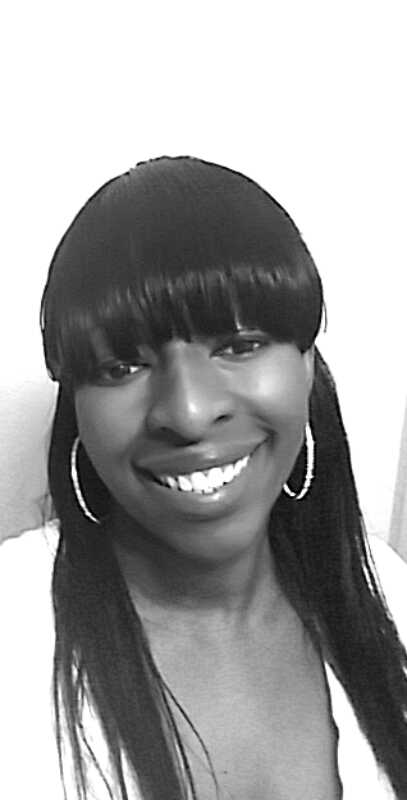 Believe it or not I can’t remember the exact year I decided to give my life to Christ. Maybe it’s because at that moment I didn’t truly understand how life changing that event would be for me. I believe it was around late 2001. I remember my father looking at the Philadelphia Eagles game. I looked out the window of my 7th floor apartment, and look across the roof top of the surrounding five story buildings, and saw the sun sitting low. It was big, round and orange. It looked as if it was going to fall. As I attempted to point it out to my parents, one of the announcers at the Philadelphia game made a comment about how low the sun was sitting and how odd it looked. My mother replied “ya’ll better get yourselves together, these are signs that the world is coming to an end.”

That was a phrase I heard my mother say plenty of times but it always went in one ear and out the other. Her words gave me no desire to get to know The Lord. In my mind reading the Bible always made me sleepy and church was boring. The only people who went to church were the elderly (whom used it as a social event), lonely mean women, and others who had nothing else better to do with their time. I really thought my mom was there because she struggled in every aspect of her life and this was the only hope she had. To some degree that might have been true.

Well to get right to the point, the view I saw of the big olé round sun scared the daylights out of me and I decided to go to church the next Sunday. As I sat there bored as usually the Pastor began to preach. I don’t remember what the message was but I do know I felt a wave of emotion come over me. I began to shake in my seat. I felt like crying. I felt like something had to change in my life but I didn’t know what. The Pastor gave the alter call and it was as if something took over my body and my legs was moving but my mind wasn’t controlling them. I walked out of my pew and went straight to the altar. When I got there I thought to myself “what are you doing? Why are you here?” I confessed Jesus as my Lord and savior, and just like that my life changed.

I was in my senior year of High School when all of this happened. My life began to face all sorts of challenges. My grades dropped, however I still managed to graduate but I ended up in a college I didn’t want to be in. I got stuck working a retail job that I hated and quit after a month. I had a meeting with my Pastor and officially met him for the first time. As I explained the trials of my young life he offered me a job working in the church as an evening receptionist. Although I spent a few years working there I still didn’t fully understand what it meant to live for Christ and have a relationship with Him.

Fast forward a few years I met my late husband Steve. He loved the Lord and that inspired me. It seemed we had a lot in common. I was in awe of him and wanted to become his wife. At that time I thought as long as we were both saved, we could marry each other. I knew nothing about marrying for ministry and our callings lining up. During that time I was having problems at home and wanted to run away and start my own family. I really hated my father and I hated that my mother continued to allow him to put us through hell. I wanted to run away from my family for good, so I got hitched and didn’t tell anyone. In my mind I felt I didn’t owe anyone an explanation. I was a “grown 25 year old woman!”

I moved out of my parents house and in with my husband and in-laws. My family was so hurt by my total disregard for them, but hey as far as I was concerned that was their problem and they needed to get over it! I didn’t realize at the time that I was acting out because I was full of hurt, anger, and resentment. Most of it came because I felt my mom allowed my father to bring hurt into our lives and did nothing about it.

My husband and I were married for three years, when his kidney failed on him again. He was in the hospital for months before he went home to be with the Lord. His death was a wakeup call for me. Although my husband was a follower of Christ, I don’t believe we had a “God centered” marriage. In fact there were moments when I was angry at God because He wasn’t working in my marriage the way I felt He should have been working in my marriage. I was unhappy and I felt God should have made things better whenever I prayed. After all we were both Christians, wouldn’t God want us to succeed???

After my husband’s death, I still did not want to go to church. I always describe this situation as a mouse running from a cat (me being the mouse and God being the cat) and the cat had his paw on the mouse’s tail, not allowing the mouse to get away although the mouse is trying everything in its power to get away, but not moving anywhere lol. God had a plan for my life and I was completely blind to this. I was prepared to create my own agenda.

Proverbs 16:9 says “People can plan what they want to do, but it is the LORD who guides their steps.” (ERV)
Jeremiah 1:5 says “Before I made you in your mother’s womb, I knew you. Before you were born, I chose you for a special work. I chose you to be a prophet to the nations.” (ERV)
Jeremiah 29:11 says “I say this because I know the plans that I have for you. I have good plans for you. I don’t plan to hurt you. I plan to give you hope and a good future.” (ERV)

Either way you look at it I wasn’t getting away from God. He sent an Elder from my former church (I gave up my membership at this church when I got married) to talk to me and invite me back to the church when I found Christ. The thing is I wasn’t trying to hear God. But God is all knowing and sooooo crafty that He knew the right person to send my way. This particular Elder is overly nice individual. He is so nice that it made it hard for me to be mean to him and say no. That was clearly God because I was definitely shutting everyone down!!! To make a long story short lol, I ended up back Gospel Assembly in Harlem, NY, the very place I was running from for some reason.

Although I had my ups and downs I found myself being filled with the Holy Spirit in ways I never thought was possible. Today I stand before you IN LOVE with Christ, with a new outlook on life. He is my love, my daddy, my motivator, my friend, my companion, my comforter, my encouragement, my strength, my shoulder to cry on, my accountability partner, my ALL AROUND support system. He is my Dude, and I say that respectfully because I know some ya’ll will try to turn that into something negative lol.

God placed it in my heart to write blogs and spread the gospel by helping people with everyday life issues, based off of whatever God shares with me. I’m nowhere near perfect and I will be a learning right along with you guys. I absolutely love to fellowship and I hope we can grow together, and experience true Agape Love.